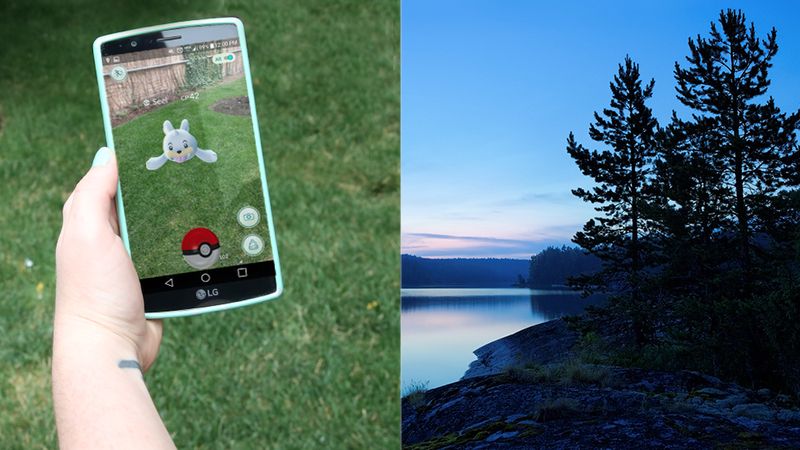 In just a few short days, Pokémon Go has taken the world by storm. With millions of users heading outdoors to try and catch the elusive monsters, the rapid cultural impact of the game can’t be denied: Pokémon Go has already had a revolutionary effect on the reasons why I visit the river at night.

When I used to hang out on the riverbank after midnight, it wasn’t to play an augmented reality game on my iPhone. It was for practical reasons, like to throw away sawdust, or my house got too hot and I wanted to submerge myself in the cool river mud. Now I’m going down there to sling Poké Balls trying to nab a Poliwag, not just play my harmonica and think wistfully about that one time I saw a cat throw itself off a cliff for no reason. Even when I have to do an unpleasant river chore, like sifting through the reeds for old printer cartridges for my cousin Felix, I find myself looking forward to the chance to spot a rare Pokémon like Vaporeon.

Part of the transformative magic of Pokémon Go is that it’s a social experience. When I wander in the moonlit marsh grass, it’s not unusual to meet other people also chasing after a rare Dratini or Lapras. Just a month ago, the only person I ever met at the river after the sun went down was the boatman who never speaks as he rows me to the island where I bury my journals. And it’s all thanks to Pokémon Go.

But the game has its critics, too. You’ve no doubt heard horror stories of distracted players walking into traffic while playing Pokémon Go. I’ll admit that I’ve tripped on a snapping turtle hole and dropped an entire bucket of damp hairbrushes into the river muck while distracted by a wild Geodude. However, that’s just a testament to how immersive this augmented reality game can be—it’s even gotten me to start going to the river during the day, something I had never done before.

It’s important to remember that Pokémon Go is just an early entry in this exciting new genre. As game developers continue to blend virtual worlds with reality, in the future we’ll keep seeing new reasons for me to put on my sandals and night-vision goggles and head to the river. Personally, I can’t wait.