We’ve Been Talking A Big Game, But Now It’s Time For Us To Start Practicing This Islam Thing 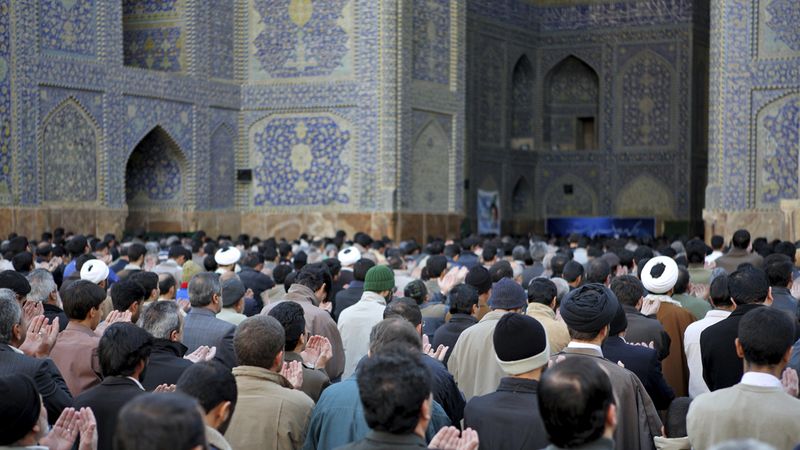 The last few months have been one hell of a wild ride. In the name of Islam, my men have violently seized 35,000 square miles of land and amassed billions of dollars in assets. We’ve executed countless civilians, embarked on campaigns of cold-blooded ethnic cleansing, raped women, enslaved children, and made vicious examples of anyone who defies our whims.

But now that we’ve got the world’s attention, I think it’s about time that we sit down and try to get a handle on what exactly this whole Islam thing is all about.

You see, up until this point, we’ve sort of had a “shoot first, ask questions later” sort of approach—really just focusing on making a big first impression. Now that we’ve used fear and savage acts of brutality to establish a caliphate, I’ve gotta admit, I’m not even entirely sure what a caliphate is. We’ve been doing all of these things, and to be honest, I think it’s worth just checking in on all this Islam stuff.

For starters, I think it’d be a good idea for us all to crack open the Quran—or is it spelled Koran?—and read all the laws and stuff about what it means to be a Muslim. It’s sort of weird that basically every other word we say is “Islam” and yet none of us really know the ground rules. Like, why exactly do we always yell “Allahu Akbar” when we’re cutting a guy’s head off? I mean, who, exactly, is “Allah?” I’m assuming he’s a God, but is he, like, actually God-God, or is he more of a Jesus type who gets to travel to earth sometimes? I don’t even think I’ve seen pictures of what he’s supposed to look like—he could be one of those gods with lots of arms, for all I know, or maybe just a really tall king?

For starters, I think it’d be a good idea for us all to crack open the Quran—or is it spelled Koran?

There’s so much in the media about how we’ve got this hardline, extremist ideology, but if we’re being real, calling it an ideology is a stretch. We’ve got some bullet points we work off of. We know that if we kill a bunch of infidels, there will be virgins waiting for us in heaven, and we know that women are supposed to cover their bodies up somehow. Other than that, though, most of us are just doing this because a group of belligerent men with Kalashnikovs strongly suggested that we should. And who’s gonna argue with men carrying Kalashnikovs?

It’s hard to practice what you preach when you’re making up what you’re preaching on the fly. So, let’s educate ourselves, fellas. We don’t have to read the whole Quran cover to cover or anything like that, but we should read enough to know that what we’re doing is right. Heck, we probably shouldn’t have raped or murdered anyone without at least first reading the Wikipedia on Islam, but you know, hindsight’s 20/20.

Anyway, the time has come for all of us in ISIS to double-check that our will coincides with God’s. Then, and only then, can we continue ruthlessly imposing it on the world.