All Movies Are Box-Office Bonanzas 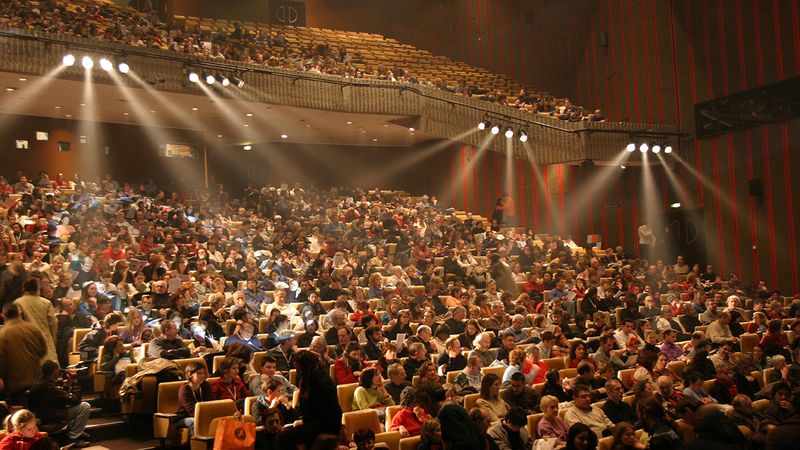 When it comes to Hollywood, everyone agrees that movies are as good as it gets. But put a roaring IMAX ripper against a low-budget indie, and that’s when all the friction starts. The fact is, though, that cinema can’t be beat, so why not just sit back, relax, and enjoy the show? It doesn’t matter what anyone says: I firmly believe that all movies are box-office bonanzas.

It’s a fact that can’t be denied. The popcorn. The plush seats. The snap of the slate and the roar of the crew. It’s time we all agree that these are the magic beans that make the green stalk of the silver screen burst to celluloid life. And when those lights go down? Forget about it! The fact is, the only difference between a John Carter and a Dark Knight is that they’re both 100 percent glitz and double the glam, with a side of wow. Those numbers don’t lie!

Time and again, though, you’ll see the same old headlines: “Budget this”; “Overseas that”; “Labor Day weekend blah blah blah.” And while a broken record may be right twice, you know what’s never wrong? You must have guessed that it’s film. So, while the cold-footed handwringers are cooling their heels, I’ll be sitting pretty front-row center soaking in another standing O from reel to shining reel, thank you very much. They’re idle, I’m wild. Hey Outkast, here’s a “B.O.B.” for you: box-office bonanza.

When the credits roll, you better believe no one’s riding that out escalator without a stub in both fists singing, “Play it again, Sammy!” Talk about a bonanza!

Still not convinced? It’s time to admit that the Big Apple bean counters and the newspaper naysayers wouldn’t know bona fide Tinseltown sizzle if it had hooks in their big ones. One million, ten million, a hundred million—it’s all the same number, baby: jackpot!

I’ll be blunt: It’s a primetime blitz on the multiplex. Fire away! And when the dust settles, it covers all starships, no matter how bright—so bring mine around, valet!

Let’s look at a bankable star like Tom Cruise, for an example, who’s lining ’em up around the corner at the AMC with a billion watts of American je ne sais quoi. When the credits roll, you better believe no one’s riding that out escalator without a stub in both fists singing, “Play it again, Sammy!” Talk about a bonanza! But at the end of the day, take or break, Tom’s still down on Sunset and Vine spinning reels into gold, and to that I say, “May I have some’ore, please?”

So, why not table the argument and look at the cold, hard facts? Cut it any way you like, but it all looks the same on the edit floor, matinee and all: The cinema’s in town, and this three-act circus don’t travel. Every John Q. Spielberg knows deep down that from elevator pitch to marquee switch, it’s up, up, and away, and the only limit’s the running time. Dollar signs deceive, but movies are God’s honest truth, and brother, you’ve got student discount tickets to a little place called “Heaven.”

And there you have it: Roll it up, flip the switch, spin the lens, pull the curtain, and take a deep breath. It’s box-office bonanza time, population: flicks!