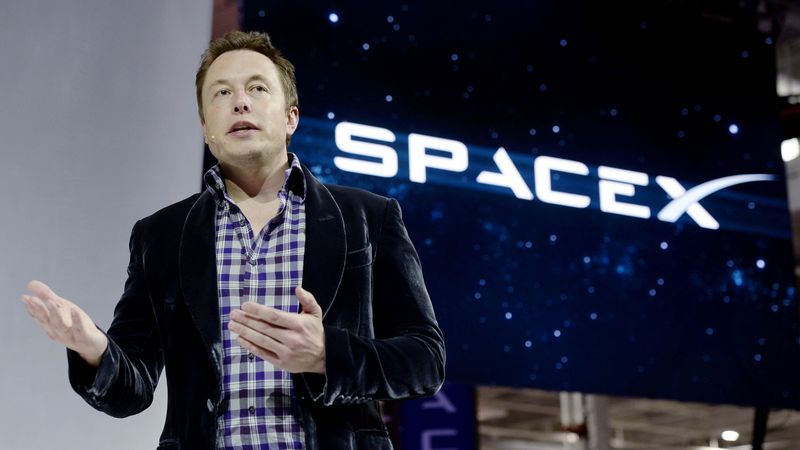 When I arrive at the Los Angeles café where Elon Musk suggested we meet, he’s already there, sipping an espresso on the patio and sending an email to every single American that says the word “space.”

“Hello,” he says, shaking both of my hands at once with a sleek robotic device that enables him to do this. “My name is Elon Musk, and I think cars should be allowed to parallel park on Mars.”

The South African–born founder of Tesla and SpaceX has agreed to let me follow him around for 24 hours and observe his daily routine. It’s only the morning and I am already sensing that it is going to be difficult to keep up with him. Since I’ve sat down, he’s had two more ideas for game-changing technologies: one, a swear word that can be used in space, and the other, a red car. He shouts these ideas into the ear of an old, tuxedoed gentleman who is standing behind him.

“This is Notebook,” he says, gesturing to the profoundly tired-looking man. “I keep all my ideas in his brain so I can focus mine on innovation. When he started three months ago, he was 28 years old. The excess of ideas has prematurely aged him. I go through about four of them every year.”

It’s clear that Musk cherishes this part of the day—the time he reserves for idea generation. He screams an idea into Notebook’s ear about a spaceship that runs on yawns and the old man’s nose begins to bleed.

Musk’s obsession with space may seem like the flight of fancy of a billionaire with an overactive imagination, but, as he reminds me, space has informed his creative vision going all the way back to when he co-founded PayPal in 1998.

“PayPal, the company that allows people to shoot large amounts of cash at the International Space Station—at least that’s how we originally conceived of it,” he explains. “Then eBay bought us and that original vision was lost. What can you do?”

What can you do? Well, here’s what Musk did: He took his money from the PayPal sale and funneled it into two companies that would make him synonymous with the words “expensive” and “thing”: Tesla Motors and SpaceX.

The waiter comes by and Musk tells him that he wants to shoot him into space. An alarm goes off on Musk’s phone. It’s eight o’clock.

I’m in Elon Musk’s Tesla on the way to SpaceX headquarters. We take the 405, and he shows me his favorite feature of the electric car that made him famous.

“Tesla,” he says, speaking to the car. “The Holocaust?”

“The Model S is the only car on the market that is aware of the Holocaust,” he says. “In three years, this will be an industry standard. As usual, we are paving the way.”

This is exactly the kind of bold claim Musk is famous for. In a recent speech at the Innovation Summit in Prague, he ruffled the feathers of other automakers by promising that Tesla would one day build a car that was capable of not believing in God.

Musk knows that he’s not making any friends when he says things like this. But he also doesn’t seem to care.

“You would fit in a rocket I have,” he tells me. “It would take you straight into goddamn outer space, and wouldn’t that be a nice event?”

We get off the freeway and pull into a nearby parking lot. Musk screams an idea into Notebook’s ear about a car that’s just for parking and some of the old man’s teeth fall out. As he parks the car, I look out of the window at the large white building in front of us. Its logo gleams in the harsh L.A. sun: the word “SpaceX” over an image of Elon Musk frowning while thinking about the word “gravity.”

We enter the lobby of SpaceX and approach a set of sealed doors equipped with an advanced security system. A robotic device homes in on Musk and prompts him with a question:

The main room at SpaceX is extremely large and resembles an airplane hangar. Engineers in lab coats scuttle this way and that, tinkering with rockets and testing equipment. Almost immediately, one of them approaches Musk and asks him for some advice regarding a new project.

“The rocket is assembled, but we are wondering about one more thing: Should it go way up high into the sky or way down low into the ground? We are stumped regarding this impossible question and require your assistance.”

Musk studies the data on the engineer’s chart. Even though he’s the CEO, you can tell this is still the part of the job he loves the most: looking at a thing for a long time and then saying something about it.

“I think the rocket should go up because space is up there,” he says. “If it went down, it would go into the ground, and that is the opposite of space. There’s just dirt down there, I think.”

The room erupts in uproarious applause. It’s the most intelligent thing anyone there has ever heard, and we’re all completely blown away. I’m tempted to call my mother and tell her about it, but I just leave a voicemail instead. It’s the longest voicemail I’ve ever left.

Musk is then asked to observe a test run of an experimental project the company has been developing. We are led to a fenced-off launchpad just outside the building. In the center of the launch area stands a small, emaciated woman who is pointing at things and saying that she hates them. Musk explains to me that this is Mad Gladys.

“Mad Gladys is extremely strong and hates everything,” he says. “If we want to launch something into space, we simply hand it to her, and she flings it up there because she hates it so much. Watch this.”

A technician uses a forklift to drop a satellite at her feet. She picks it up and inspects it.

“What’s this? Another thing I hate?” screams Mad Gladys, flinging the four-ton satellite into space in disgust. “I hated that thing and I am glad it is in space.” The crew celebrates another successful launch.

Musk spends the rest of his day handing things to Mad Gladys and watching her throw them into space. Several geodes. A blank CD. Four extremely skilled locksmiths. All of these things are sent hurtling into the void.

“Mad Gladys is the future of zero-emissions aeronautic technology,” Musk says to me. “One day, I will lay myself at her feet, and she will hate me so much that she will throw me to Mars, where I will fulfill my dream of squeezing into a really tight parking spot on the Red Planet. But the science is not quite there.”

“Notebook!” Musk shouts into Notebook’s ear. “A car that, when seen from a distance, resembles a nude man reclining on his favorite chair.”

Notebook passes out from loss of blood and Musk asks me what time it is. Six o’clock. Time to go home.

Upon entering Elon Musk’s home, I immediately find myself in what appears to be a museum devoted to the Iron Man films. An animatronic Robert Downey Jr. screams the phrase “I am based on the body of Elon Musk” in my face and then begs me to tell him where the real Robert Downey Jr. lives.

“Have you seen the film that is based on my body?” Musk asks as we make our way through the exhibit. “The Iron Man film starring the body of Robert Downey Jr. that he based on my body? You must have seen it.”

I confirm that I have seen the film Iron Man.

Musk leads me into his elegantly decorated living room and we sit down on the couch. He sends another email to every single American that says “just a reminder about space.” Even out of the office, the work of the billionaire technologist is never done.

He shouts an idea into Notebook’s ear about a spaceship that can be legally adopted and the old man immediately dies. Musk stoically cradles him in his arms.

“Ah, yes, it is Family Ball,” he says. “A brand-new technology for families that I am currently developing. Family Ball is the future of families. In two years, you won’t be able to find a family that isn’t in a ball.”

Watching Musk join his family inside Family Ball, I see him in a new light. After spending all day as the architect of our future, he becomes someone quite different when he returns home: a family man. The Musk family rolls around the room in their ball, smashing into walls and accidentally flattening Notebook’s lifeless body. As I leave through the front door, Musk screams something at me. It’s a little muffled, but I’m pretty sure he’s saying that he wants to shoot me into space.

And I believe him. I really do.