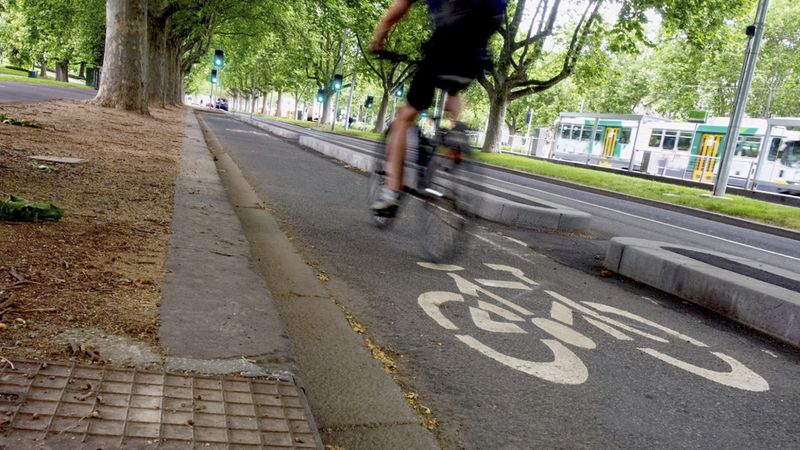 Every day in this country, cyclists are treated like second-class citizens, barely tolerated by careless motorists and lazy pedestrians who refuse to share the streets. It’s time to confront reality and enact new traffic laws that reflect the inarguable truth: Cyclists are better than you in every way possible.

From cutting down on pollution, to lowering your commute time, the very existence of cyclists in your city is a blessing. Building protected bike lanes and bike boxes for turning is the least you can do. Anyone with a basic modicum of courtesy knows that cyclists should be allowed to do whatever we want, whenever we want—from riding on the sidewalks if the streets are crowded, to blocking the exits of subway cars during rush hour. Today’s laws need to address that.

Anyone with a basic modicum of courtesy knows that cyclists should be allowed to do whatever we want, whenever we want…

If you press them hard enough, motorists and pedestrians will begrudgingly admit that they could do more to look out for cyclists. This is obvious. But they’ll often argue as a counterpoint that cyclists have a responsibility to wear helmets and obey stop signs and traffic signals.

Cyclists shouldn’t have to obey your rules. Cyclists should make the rules. We’re done braking for your dogs and strollers while you’re promenading through a crosswalk. Forget new traffic laws—we’re above the law altogether. Parking lanes should be bike lanes. Sidewalks should be bike boulevards. Stoplights ought to be optional for anything on two wheels—or three, if you welded it yourself.

The time has come for all driver’s education courses, safety books, and road signs to reflect the reality that anyone on a bike—from fair-weather riders going 10 miles per hour in the left-hand turn lane, to entire families of tourists crowding the sidewalks—outranks you as a human being. We need laws forcing anyone who so much as sees a cyclist on the street to thank them for their very existence. If a cyclist wants to run down the mayor in broad daylight, you should get down on your hands and knees and kiss the skid marks.

If you don’t think cyclists are the most important people on Earth, prove it. Talk to one of us for five minutes, and tell us we’re wrong.

That’s what I thought.