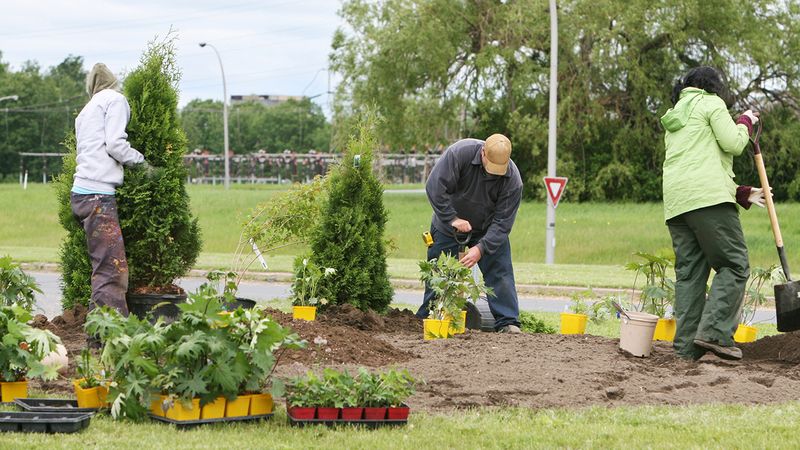 The Islamic State’s campaigns of fear and death are impossible to ignore, yet few details are known about the group’s inner workings. In April 2016, I decided to infiltrate the infamous terrorist organization in order to find out more about its structure and operation. Before long, I had successfully embedded myself in the ranks of a local landscaping crew that I had confused for ISIS.

It was an incredible, eye-opening experience. Here is what I learned.

The first disturbing thing about the landscapers I mistakenly identified as an ISIS terror cell was just how easy it was for me to join. When I approached the foreman I took to be the leader of the insurgent ISIS faction and asked for permission to travel with his group, I was stunned when he agreed on the spot. No tests, no rites of passage. Essentially all that Mike’s Lawn Care requires of its acolytes is a willingness to do hard manual labor on people’s lawns and in public parks.

Then it dawned on me to my acute, totally misplaced horror: If entering ISIS was this simple for an American journalist, surely the jihad was far more tenacious and potent than anyone realized.

Even more shocking to me were the means by which the landscaping crew I thought was ISIS single-mindedly pursues its agenda. I found out that from day one, the leadership equips foot soldiers with heavy spades and brooms that I presumed had been acquired on the black market, along with deadlier fare that gave me further pause: Did America understand that its enemy was bent on winning the war at all costs, even if that meant fighting using budding knives, garden shears, and a new kind of grenade launcher that I eventually figured out was a leaf blower?

The first disturbing thing about the landscapers I mistakenly identified as an ISIS terror cell was just how easy it was for me to join.

I had to go deeper. I pressed the other men for details, but I was stymied by what I wrongly interpreted as an unspoken policy of extreme secrecy regarding the cell’s connections with high-ranking terror agents. I found that if I even asked the foreman about the last public execution his crew carried out, he would yell at me and and reassign me to mulch duty—a dirty and exhausting job.

My incorrect conclusion chilled me to the bone: Either these people did not know the Islamic State was upon them, or they were simply too afraid to speak out.

And then, suddenly, it ended. I was dismissed from the crew when, in a last bid to win the foreman’s confidence, I seized a marble statue in a client’s backyard and hurled it to the ground, smashing it as I shouted praise for the eternal reign of the worldwide caliphate. Even among these extremists, I seemed to have crossed a line.

The incident showed me just how much discipline jihadists will exercise to avoid detection. And despite the fact that they turned out to be landscapers and not ISIS soldiers, this remains the enduring lesson from my 12 revelatory months undercover: If I was fooled this time, who else might be fooled in the future? For is it not ultimately deception and confusion, rather than violence, that lend the Islamic State its terrifying power?