I Thought I’d Never Walk Again, And After A Real Birdbrain Move On My Nephew’s Trampoline, I’m Sure Of It 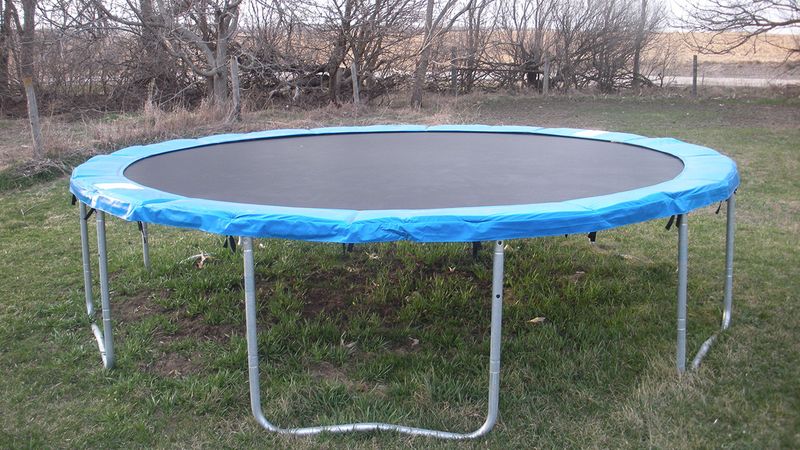 No one teaches you how to react when doctors tell you you’ll likely be confined to a wheelchair after a serious car accident. I initially thought my life was over, but then I decided to fight for my mobility, no matter how small the odds. For weeks it seemed like I would never walk again, and after a real birdbrain move on my nephew’s trampoline, I’m now absolutely sure of it.

In the aftermath of my car accident, I was determined to prove every doctor who said I’d never walk again wrong. Miraculously, I regained a lot of my strength through difficult physical therapy, which I undid in four seconds at my nephew Carl’s birthday party when I foolishly decided to show him and his friends how a real man uses a trampoline. As my body careened wildly, completely out of control after I misjudged how much velocity I would create from hitting the tramp from three stories up, all I could think about was the exhausting incremental recovery progress I had shortsightedly risked on a splashy trampoline move.

When I saw the pussy-shit moves Carl and his friends were doing that day and said, “Let me show you a trampoline move with some balls on it,” I didn’t consider how my wife and I had wept the day I recovered enough fine motor control to wiggle my toes. As I slowly climbed the stairs with my crutches to the third-floor balcony, it didn’t occur to me that I was only able to do so because of months and months of slowly rebuilding body strength following my car accident.

I can still remember getting a clap going up there and yelling, “It’s time to break this bitch in, Kellan style,” before jumping. What was going through my mind in that moment? I’d like to think that if I knew then what I know now, I wouldn’t have done it.

After a traumatic car accident, lots of questions pop into your head: Should I accept the prognosis that I will never walk again? Should I have been on a trampoline just a few months after a severe spinal injury? Did anyone call for an adult man to attempt a totally dirty double front flip at a child’s birthday party? The answer to the two latter is absolutely not.

When you’re down and need to fight back, it’s easy to make excuses along the way. I could blame my doctor, who didn’t explicitly state I wasn’t allowed on a trampoline. I could blame the slippery surface of the balcony railing that caused me to lose footing and flip forward into a headfirst free fall for 30 feet. But ultimately, none of this would have been possible had it not been for my brainless decision to get up there in the first place. Seven months ago I was almost positive I’d never walk again, until that dunderhead move on my nephew’s trampoline really etched it in stone. No question.