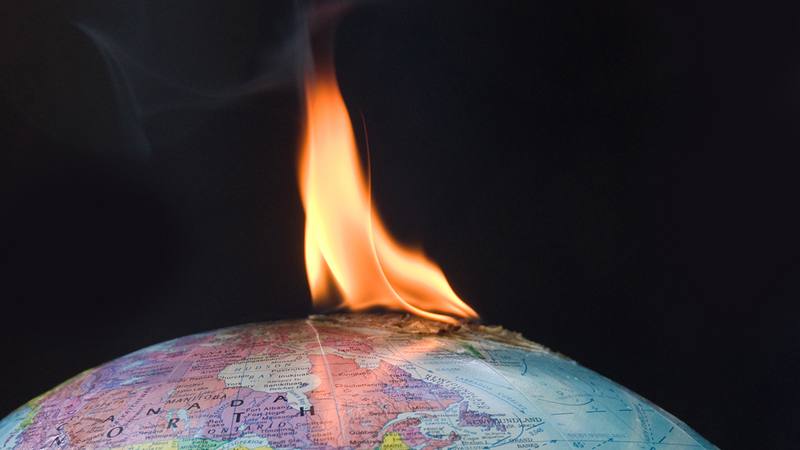 Climate change is real, but the complexity of the science behind it makes it difficult to communicate just how devastating it can be. I decided to put this calamity in perspective by melting a globe as a symbol of the danger we face, and I quickly passed out from inhaling all the fumes.

I set out to create a striking image that would help change hearts and minds, but those fumes knocked me out cold almost immediately.

Melting that globe with a propane torch would have been a great visual if it hadn’t made me pass out four times and throw up through my nose. That green smoke gave me a ringing in my ears that still hasn’t gone away, and all I can smell is globe.

Heads up: Whatever globes are made of will knock you flat on your ass if you burn it.

Climate change education has never been more essential, but it’s obvious that this attempt didn’t work. Maybe I could salvage some sort of lesson about how the toxic fumes that knocked me out are similar to the fumes that are knocking out our planet. I don’t know. Either way, I think it’s time for me to cut my losses and think of some other way to get the message out.

I messed this one up pretty bad.