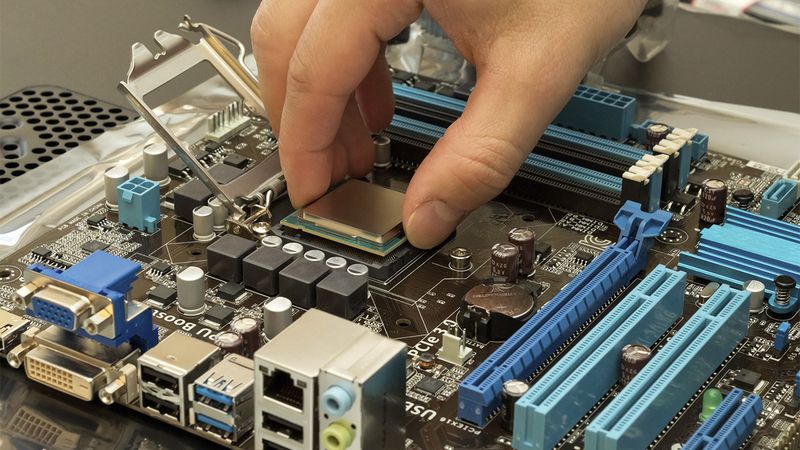 Let me tell you a secret, folks: I love to tinker. I’ll tinker with any gizmo or gadget I can get my hands on, and sometimes it leads to some pretty cool stuff. But sometimes it leads to bad stuff, too. For instance, I was just tinkering with a computer several moments ago, and would you believe that the damn thing zapped me?

It’s true. I got zapped. It got me good, right on my little pinky finger, and boy, did it smart. My paw was wrist-deep in that computer—I was trying to touch some different wires together—when all of a sudden, a big jolt of electricity nipped me right down to the bone.

When I first started out making computers, I knew there was a chance I’d get zapped. Sure enough, it’s happened again and again. Between 1976, when I created the first Apple computer, and today, I’d guess I’ve been zapped near about six times. You’d think by now I’d be used to it, but nope. Still hurts like heck. All you can do is just dip your hand in a bathtub of cool water to soothe the pain and try to be more careful in the future.

You’d think by now I’d be used to it, but nope. Still hurts like heck.

Hearing how I’ve been zapped so many times over all these years, you may be wondering if there are any life lessons I learned along the way. And the truth is, there are many. But the biggest one is that no matter how much you know about computers, they’ll always find a way to surprise you. Unfortunately, oftentimes, that surprise is a nasty old zap.

Yes, getting zapped stinks—there’s no question about that—but the downsides are nothing compared to the tremendous joys that come with being around computers. Me, I think that as long as I keep that in perspective, I’ll continue to involve myself in the wonderful world of computers until the day I die.