If They Continue To Remain Silent As Trump Ends DACA, I Will Never Attend A Blue Man Group Performance Again 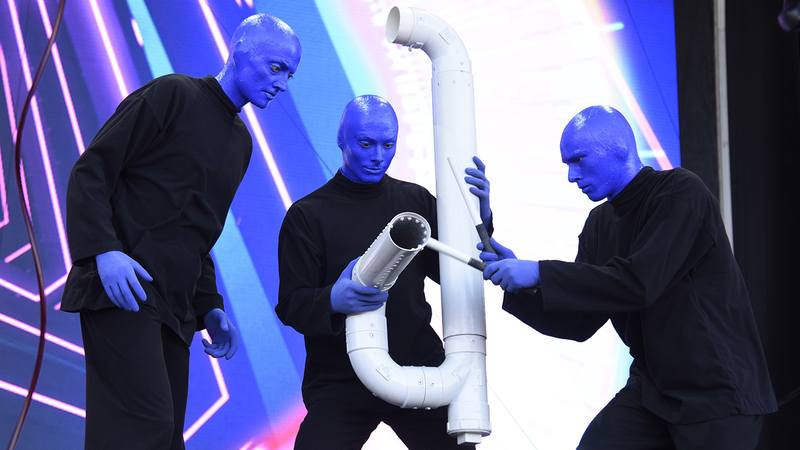 I first saw the Blue Man Group in 2002, and I immediately became a rabid fan. There was just something about those emotionless, silent blue men playing their strange homemade instruments without uttering a peep that really caught my fancy. Since then, I’ve attended dozens of Blue Man Group shows all over the world, but sadly my conscience may prevent me from seeing them ever again. For if the Blue Man Group continues to remain silent on the Trump administration’s rollback of DACA, I will be forced to completely cease attending their performances for good.

You hear that, Blue Man Group? You’ve officially been put on notice.

The Blue Man Group has a huge following and plays shows all over the country, yet when Trump rescinded DACA in September, they refused to comment on it in any way. They continued to play their weird-sounding music on stage with nary a mention of the thousands of immigrants at risk of being deported. It takes real talent to make a twisted mess of PVC pipes sound like an otherworldly organ, but all of that talent is going to waste if they don’t use their platform to speak out against President Trump and his vicious anti-immigrant agenda.

History will not be kind to the Blue Man Group and their political inaction.

Would it be too much for them to flash a message in support of DACA on the screen of one of their gigantic iPhones during the finale? Couldn’t they spray the letters “S-A-V-E D-A-C-A” out of their paint cannons or something? Even banging out the word “IMMIGRATION” in morse code on one of their giant trash-can drums would be a step in the right direction. Sadly, the Blue Man Group is apparently too busy throwing marshmallows in each other’s mouths and spinning around in their glow-in-the-dark jumpsuits to give a damn.

It’s going to take a lot of work to save DACA and protect these undocumented people from being deported back to countries they may barely even remember. We all have a duty to stand up to Trump and his cronies, and the Blue Man Group has a greater duty than most of us, because they have enough fame to make a difference. And if they don’t do something soon, then the Blue Man Group will never see my face in the Splash Zone ever again.