My Solemn Promise To You Is That Whether Or Not Net Neutrality Is Repealed, The Website AlRoker.com Will Remain An Absolute Nightmare To Use 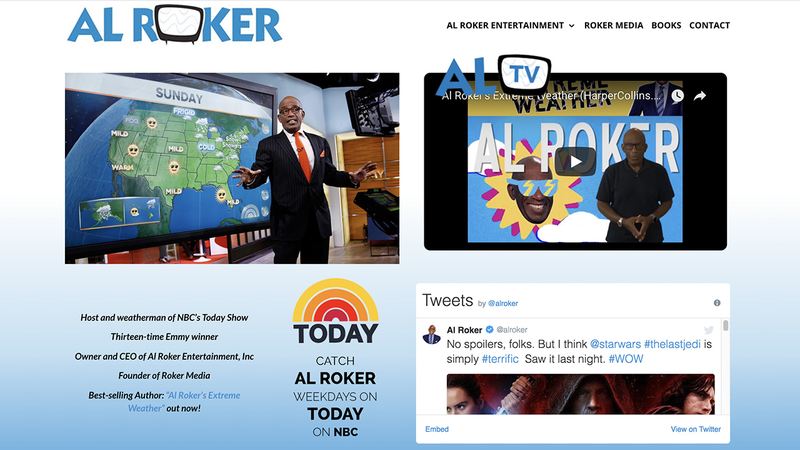 Tomorrow the FCC will vote on whether or not to repeal laws protecting net neutrality. The outcome of the vote could have profound consequences and change the internet forever. However, regardless of the result of tomorrow’s vote, my solemn promise to you, the American people, is that whether or not net neutrality is repealed, the website AlRoker.com will remain an absolute nightmare to use.

This is nonnegotiable. Making sure that the website that bears my name looks and functions like garbage is, and shall always remain, my solemn duty as the FCC threatens to hand the fate of the internet over to a few greedy corporations.

Ever since I launched AlRoker.com in the early 2000s, the website has been a baffling hellscape of broken hyperlinks, auto-playing videos, and deafening siren noises blasting at irregular intervals. It’s a miserable website to look at and to use, and I intend to keep it that way, if FCC Chairman Ajit Pai and his corporate overlords at Verizon and AT&T get their way and repeal net neutrality.

The internet may change drastically over the next few months, but you can always be sure that AlRoker.com will still be the same train wreck it’s always been. Whether or not you have to buy a special “Weathermen’s Personal Websites” package to access it, there’s still going to be a montage of pictures of me looking at maps or sleeping that flash wildly all over the screen. The sound of a woman shrieking is still going to blast out of your speakers every time you click on anything. There’s still going to be the store that only sells a mug with Matt Lauer’s face on it that says, “Lauer Is A Flower,” and the mug is still going to cost 50 Euros. And the site’s “About Me” page will still just say, “Al Roker is the main Today Show” with a gigantic Xbox logo directly underneath it for no discernible reason.

If anything, I will make the pop-ups bigger and the sound bites louder and longer.

All in all, the website is an unredeemable piece of shit and it’s always going to be that way, regardless of whether the FCC chooses to surrender the internet over to a handful of selfish conglomerates.

One of the worst parts of going to AlRoker.com is the incessant barrage of horrible pop-ups and unpleasant sound effects that appear all over the site. For example, when you go to AlRoker.com, the homepage immediately launches a large, pixelated pop-up of my head and a garbled computerized voice says the essentially meaningless phrase “Let Al Roker I’m tell you him weather.” The ordeal of getting bombarded by these images and sounds are an essential part of what makes AlRoker.com such a terrible website, and I will never allow it to get taken away, even if Verizon and Comcast are allowed to essentially control the entire internet. If net neutrality laws get completely repealed tomorrow, I swear to you that I will never get rid of this giant pop-up of my head, and I will not decrease the deafening volume of this garbled sound bite.

If anything, I will make the pop-ups bigger and the sound bites louder and longer.

I also know that there are rumors going around that if net neutrality gets repealed, internet providers might create bandwidth “fast lanes” that allow some websites to load faster than others, but you can rest easy in the knowledge that AlRoker.com will never take advantage of these fast lanes, even if Verizon offered it to me for free. The website currently takes an eternity to load, and the six videos of me reciting different weather forecasts from 2006 that begin auto-playing immediately when you get to the homepage never fully buffer, and it’s going to stay that way.

Depending on how the FCC votes tomorrow, we may wake up in a world where the internet as we once knew it has been lost forever. But whether the internet remains free and open or becomes the exploitable plaything of greedy corporations, I will fight tooth and nail to ensure that navigating my personal website, AlRoker.com, remains a bizarre and unpleasant experience that’s borderline impossible to use. In this era of shock and uncertainty, my website will always be an exhausting mess that ruins your day every single time you log on. That is a sacred vow I’m making to you right here and now, and it’s not one I ever intend on breaking.