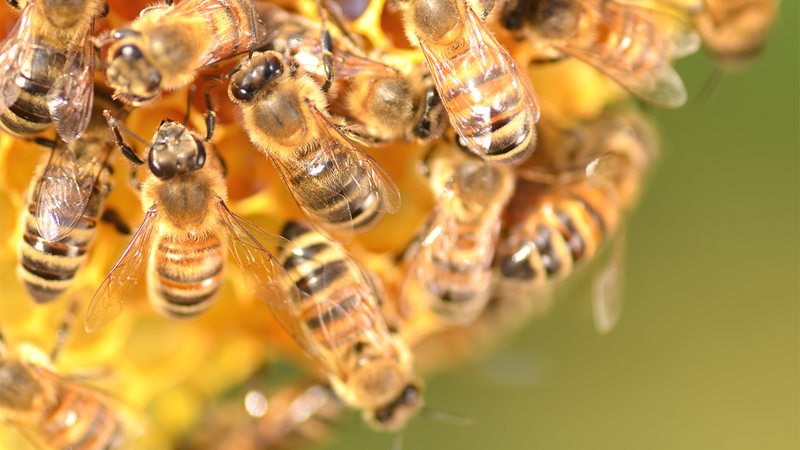 By now, most people know that honeybees, one of the most important pollinators on the planet, are dying at an alarming rate. In the last decade, one-third of the entire U.S. honeybee population has died off completely, and scientists have absolutely no idea what is causing all of the bees to die. But something is out there killing the bees, and whatever it is, I wish to serve it.

Honeybees pollinate around 80 percent of the world’s crops, making them a major linchpin of the global food supply and a species of extraordinary economic importance. The staggering and unexplained increase in the death of bees is threatening to cripple agricultural industries worldwide, and honestly, I can’t help but revere the unknowable force that’s capable of wreaking destruction on such a massive scale. While researchers are desperately scrambling to identify and neutralize whatever mysterious power is annihilating our bee colonies, I simply want to bow down to it and let it have its way, as surely there is a grand purpose to its carnage that our feeble human minds cannot possibly fathom.

Indeed, if you need any proof of the Great Bee-Killer’s supreme design and wisdom, just take a look at its methods. Researchers have determined that many bees have been dying in recent years on account of single bees bringing back contaminated nectar to their hives and creating toxic environments for their entire colonies—a phenomenon that could only be orchestrated by a transcendentally cunning technician of chaos. One mere bee is used as a lethal puppet to destroy tens of thousands of its brothers and sisters, producing maximum death from minimal effort. To me, that is a breathtakingly diabolical feat, and whatever supernatural spirit is perpetrating it deserves our ceaseless devotion and worship.

While researchers are desperately scrambling to identify and neutralize whatever mysterious power is annihilating our bee colonies, I simply want to bow down to it and let it have its way.

And not only is this unearthly force a masterful killer, it is also undetectable and seemingly invincible. In 2015, former president Barack Obama launched a major 14-agency-wide task force to determine what was causing the bees to disappear, but its efforts were laughably futile, and we still are not any closer to solving this great mystery. To know that there is something out there that can outwit the mightiest government in the world while simultaneously obliterating an entire species is truly awesome and terrifying, and it’s clear we’re dealing with a force of deific proportions.

I, for one, am honored to share a universe with such a spectacularly powerful agent of havoc, and while there are countless scientists trying to figure out how to keep it at bay, I am choosing instead to exalt it with song, prayer, and tithes. Yesterday I left it an offering of a slaughtered fattened calf on my back patio. Unfortunately, it did not claim the offering, so I will try to give it something nicer next time.

If bees continue to die at their current rate, our world could face a grim future where ecosystems crumble, food supplies are depleted, and agriculture as we know it ceases to exist. And once all the bees are dead, we can assume the deific force that vanquished them will narrow its focus on mankind, and I can only hope it would consider sparing my life to reward me for my faithfulness. Until then, I will continue to serve this impressive cosmic power and marvel at its ruthless crusade against our planet’s most critical pollinators, trusting that I am on the right side of history.