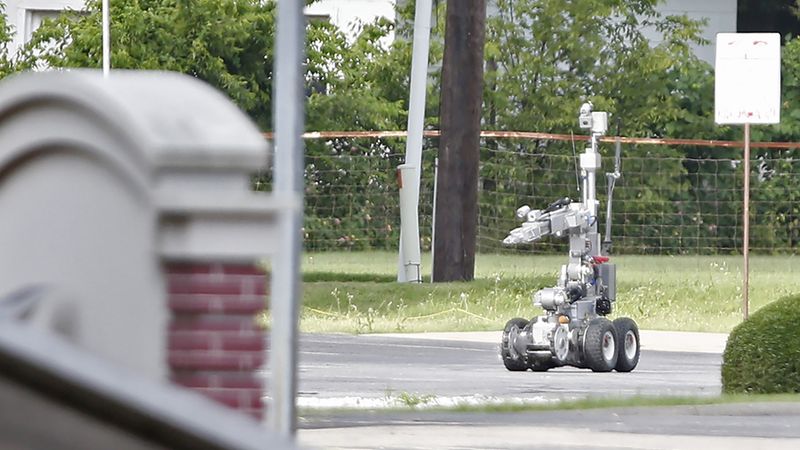 What happened in Dallas last week was an absolute tragedy. In the midst of such a horrifying and chaotic attack, it’s understandable that Dallas police would resort to lethal force in taking down the sniper. But the police didn’t subdue him using a traditional weapon. Instead, they used a military-grade explosive-equipped robot—a drastic decision that raises disturbing concerns about the fucking cool-as-shit militarization of the police.

When I learned that the Dallas shooter had been killed by some badass future shit straight out of a Philip K. Dick novel, I was horrified. My heart sank and my jaw hit the fucking floor as I considered the sobering implications of the police’s rad actions. While robotic devices have been used by the military to neutralize enemy combatants on the field of battle, American police have never used this kind of balls-to-the-wall fucking sick-ass technology on a civilian. Until now.

By deploying that device, the Dallas police crossed the line from ensuring safety at all costs to reckless and fucking next-level, out-of-control cool intimidation of citizens. Holy fuck.

While robotic devices have been used by the military to neutralize enemy combatants on the field of battle, American police have never used this kind of balls-to-the-wall fucking sick-ass technology on a civilian. Until now.

Equipping police forces with bomb-ass Terminator shit is just asking for trouble. We already know that police militarization escalates tensions between officers and the community, and actually creates the potential for more violence. Consider, for a moment, the psychological effects of seeing a line of police officers on the street, absolutely strapped to the goddamn gills, looking like a bunch of futuristic G.I. Joe motherfuckers ready to tear shit up hardcore. Do officers who look that badass seem more likely to protect you or hurt you? Why would you trust them?

This is one of the principal problems with police departments spending millions of dollars on some seriously fucking sick equipment that looks so goddamn cool it’s actually insane: It eliminates the community’s trust in the police.

And yet the no-holds-barred, total fucking buck-wild militarization of the police is ramping up across the nation. In small towns and big cities all over the country, police forces are becoming a full-on RoboCop deal tricked out in some of the most badass shit imaginable. From dope-as-fuck body armor to fucking bomb-ass rifles, America’s police are coming to increasingly resemble a standing army.

The Dallas police’s decision to use a bomb robot against the sniper might’ve been the first time police deployed a military-grade bomb robot against a civilian. But it almost definitely won’t be the last. Mark my words: If we allow this to continue, police forces are only going to get more dangerous and even fucking cooler. That should give us pause.