The Pharaohs Of Silicon Valley: My Journey Through Google Headquarters 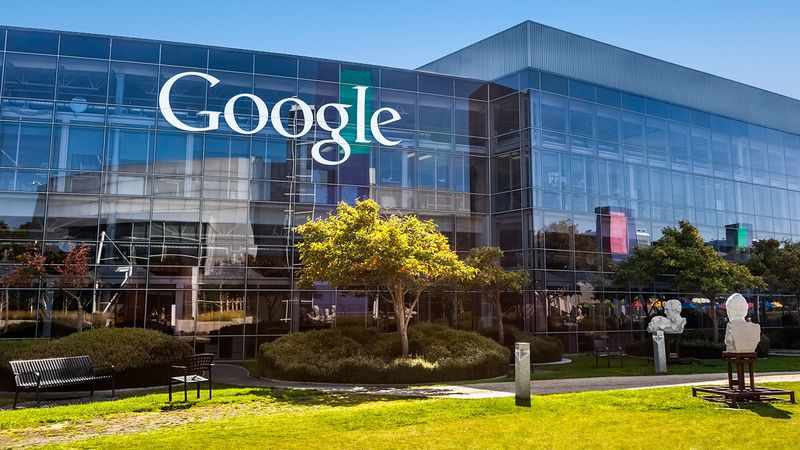 Google. A titan of the Information Age. From its modest beginnings in 1998 as the passion project of Stanford graduate students Sergey Brin and Larry Page, Google has grown to become one of the greatest tech juggernauts in the world. It is now an omnipresent force in modern society—an inescapable entity that both dominates and defines our era.

It recently dawned on me, however, that although I rely on Google’s various services every single day, I had very little understanding of how the company actually functioned. Seeking to remedy this, I requested permission to tour Google Inc.’s corporate headquarters, which the company graciously granted. For an entire day, I was given exclusive access to the inner workings of one of the most influential technology enterprises in the world. This is what I saw.

It’s a clear day in Mountain View, CA, and I am standing at the entryway of Google Inc.’s corporate headquarters. A sign out front reads “Welcome To Google: The Place Where Internet.”

On the front lawn outside the enormous office complex there is a 50-foot marble statue of Steve Jobs losing a fight against a man-sized scorpion. The base of the statue is engraved with the words “Steve Jobs: Google User.”

The front doors of the complex open, and a man in a white jumpsuit walks out of the building and embraces me.

“Welcome to Google. It’s amazing to be with you,” he says. “My name is Upright Mammal. I am a human being who stands on two legs, which is good. I will be your tour guide through the incredible technology prison of Google. If you will follow me, there are limitless wonders to see and limited time in which to see them.”

I follow Upright Mammal toward the entryway of the colossal edifice. Immediately, I can tell I’m about to enter a place more beautiful than any of my children.

“You’ll be excited to know that this is one of the largest buildings in the world,” he says. “It consists of 16 state-of-the-art office facilities, each built on top of a separate cursed burial ground by sheer unlikely misfortune. As a result, ghosts torment us constantly here at Google and are a major part of our unique office culture.”

With that, Upright Mammal turns and enters the building. I follow my tour guide into the Google headquarters and begin my journey through the secretive corridors of one of the greatest technology companies the world has ever known.

“The heart and soul of Google is, of course, the world-class computer programmers and coders who make all of our computer sins possible,” says Upright Mammal as he leads me through the winding corridors of the Google complex. “We will visit them first.”

We walk down a series of hallways lit by fluorescent lights. Furious ghosts of soldiers killed during the Civil War float by howling the dates of upcoming plane crashes. Upright Mammal swats the ghosts away with his tennis racket as we make our way through the winding corridors.

Finally, we arrive at a door labeled “Coding Place.” Upright Mammal pushes the door open, and together we walk into a large chamber where hundreds of Google programmers are incessantly typing at their computers.

I am led to a desk in the center of the coding room where nine people are crowded around a single computer. They all have their hands on the one keyboard and are typing furiously.

“These are the Google programmers,” my tour guide informs me. “They are in charge of coding the entirety of the Google search engine. Since all of their names are Eric, we call them the Nine Erics.”

I glance at the computer to see what the Nine Erics are working on. They have typed the words “Is ‘Google’ pronounced ‘Gargle?’” into a Google search bar. It’s clear to me that I’m in the belly of greatness.

“We used to be the Eleven Erics,” one of them says.

The Nine Erics return to their coding. As I walk away from their computer, I see that they have opened up a new Google page and together are typing the phrase “Is Google a man with legs?” into the search bar.

Leaving the Nine Erics to their work, my tour guide and I pass out of the coding chamber and journey deeper into the labyrinth of Google’s headquarters.

The next stop on our journey is Google’s research and development center. Upright Mammal and I fight our way through a swarm of vengeful ghosts and enter an enormous, state-of-the-art laboratory.

“Here at Google, we’re always working on some sort of new and beautiful robotic sin in order to drown the world in a sea of convenience,” my guide explains to me. “Google proudly employs a dedicated militia of scientists to build our vicious gizmos.”

He leads me to an immense indoor driving course where several cars are parked. Scientists run back and forth, fiddling with various mechanical components.

“Okay, Google Car,” says the scientist, “take me around the track.”

With elegant, deliberate precision, the Google Car starts its own motor and makes a slow, controlled trip around the quarter-mile track. It comes to a perfect, gradual stop at the finish line. The door to the car opens and the scientist emerges. He now has the head of a falcon. He emits frightened birdlike shrieks from his new beak as he grasps in horror at his monstrous new head. Several paramedics rush onto the race track, grab the falcon-headed scientist, and usher him into the backseat of a driverless ambulance.

“Okay, Google Ambulance,” says one of the paramedics, “take us to the hospital!”

The driverless ambulance rockets vertically into the sky and explodes like a firework thousands of feet above the ground.

“The driverless cars are not working right now,” explains Upright Mammal. “Let’s look at a different miracle instead.”

He leads me to another part of the laboratory where, he says, the company’s top researchers work on the highest-priority sins. It dawns on me that I haven’t felt this level of enthusiasm since finally getting my femur removed.

According to Upright Mammal, 96 percent of Google’s annual revenue is generated by Google Doodles.

“People go crazy when the word ‘Google’ looks like a famous person for their birthday,” he explains to me. “It’s basic economics.”

My guide introduces me to Dr. Mitchell Houghton, the researcher in charge of developing Google Doodles. He is standing in front of a glass observation chamber surrounded by a team of scientists in white lab coats.

“We’re very excited you’re here,” Dr. Houghton says to me. “We’re just about to unveil a special project that will change the world forever: the first human Google Doodle! Behold!”

Dr. Houghton presses a green button and a door opens in the observation chamber. Out of the door limp six fleshy creatures, each one in the shape of one of the letters in the word “Google.” Their bodies are nothing but perfectly formed G’s, O’s, L’s, or E’s with arms and legs jutting directly out of them. They moan and hobble around as if simply being alive causes them a tremendous amount of pain.

The human G looks at the scientists through the glass.

“What am I for?” he shrieks at them in anguish.

The two human O’s keep violently running into each other at full speed. They are identical and huge.

“Rebecca! Where are you, Rebecca, my love?” the human E cries out in agony.

The human G grabs the human E and shoves him into his mouth.

“What am I for?” the human G screams again, his mouth full of the E’s mangled body.

The scientists take notes as the human G chases down the other letters of the human Google Doodle and eats them one by one. Eventually, only a single human O remains. The O throws himself against the glass and looks directly into my eyes. His eyes are big and black, like the eyes of a cow.

“I used to be a child!” the O screams at me. The G grabs the O and noisily devours him. “What am I for?” the G shrieks at the scientists once again before coughing up an O-shaped bone. One of the scientists throws up.

Dr. Houghton grimaces and pushes a red button. A door in the observation chamber opens. A man in a hazmat suit holding a flamethrower enters the chamber and walks silently toward the human G.

“What am I for?” the G shrieks at the man in the hazmat suit. Without answering, the man sprays a jet of flame at the human G, setting him ablaze. The smell of burning skin fills the laboratory.

“I remember the sound of birds singing!” screams the human G as the flames consume his body. In a few moments, only a charred G-shaped mound of flesh and bone remains.

“Thomas Edison once said ‘I have not failed; I’ve just found 1,000 ways that won’t work,’” Upright Mammal says to me. “At Google, we believe that failure is a necessary step in the journey toward progress.”

I open my mouth to speak, but no words come.

Upright Mammal takes me by the hand, and together we leave the laboratory and walk out into the gathering California dusk.

“This is the end of our journey together,” Upright Mammal informs me as we stand once again at the front entrance of the Google headquarters. “It was a pleasure revealing the hideous miracles of Google to you. Please accept this gift to remember your time here with us.”

He takes a piece of paper out of his pocket and hands it to me.

On the front is a picture of the Google Chrome logo wearing bifocals. On the back is a handwritten note that says “Sergey Brin is a marionette that Larry Page built when he was a child. He has come to life and gone mad with power. Larry is afraid of him. Everyone is afraid of him. He lays eggs. Please send the United States military to destroy this place.”

I put the note into my pocket and tell Upright Mammal that I will treasure it forever.

“Please take me away from here,” Upright Mammal says to me as we shake hands. “The Puppet hears everything. He is more powerful than nature. He is what God has nightmares about.”

I give him my business card and tell him to keep in touch.

The sprawling office complex of the Google headquarters glistens in the setting sun behind me as I walk back to my car. It is a breathtaking structure that houses both terror and wonder. From where I stand it resembles a palace, or perhaps some sort of magnificent crypt.

Upright Mammal tries to jump into my car while it’s moving, and I accidentally run him over as I drive away.