This Is An Internet Article About How Arnold From ‘Hey Arnold!’ Would Be A Republican And There’s Nothing You Can Do To Stop Me 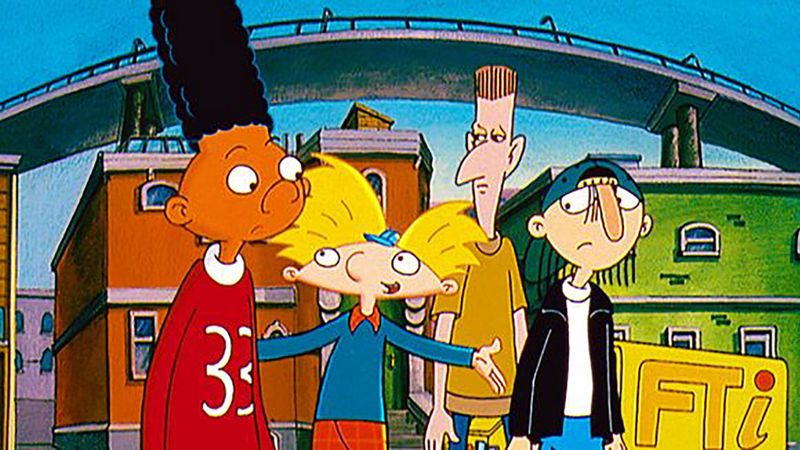 All right, listen up, idiots. This is an internet article about how Arnold from the ’90s Nickelodeon cartoon Hey Arnold! would be a Republican. You may not like it, but quite frankly, you’re utterly powerless to do anything about it. So just sit down and be quiet, because the fact of the matter is that Arnold would be a Republican, and there’s nothing you can do to stop me from saying that.

Sorry, amigo, but here’s a whole bunch of paragraphs about how Arnold would vote red this coming November, and if they seem tenuous to you, then too bad, because I already hit publish. What are you going to do, delete this website? You’re not an administrator here, you delusional moron, which means that my claim that Arnold would be a staunch supporter of supply-side economics is here to stay, no matter how loudly you bitch and moan.

Here’s a fun fact: Arnold would have supported Kim Davis after she refused to issue gay marriage licenses. Does that make you upset to hear? Well, too fucking bad, because now that this article has hit the internet it’s for all the public to see, baby. Go ahead, report me to the FCC. We both know they won’t do jack squat. Nothing you do will change the fact that Arnold would worship Paul Ryan much like Helga worships Arnold. And if you think you can eradicate that previous statement from the internet, good luck to your pathetic ass, because thousands of people have already read it.

I’m not trying to start a fight here. I’m just trying to make you realize that you’re hopeless to think that I’m going to make any retractions about Arnold’s devout Republicanism because some dumb-shit stranger on the internet wants me to. If you disagree, feel free to write in the Facebook comments below that Arnold would actually support Obama filling the Scalia vacancy. But if you think that’s going to make this article magically disappear, I genuinely pity you and your feeble little mind. I really do.

I hope you understand by now that the more you argue against Arnold’s pro-Second Amendment stance, the more I’m going laugh in your face because you seem to think you’re going to make a difference. Let me be clear one last time: Arnold would be a die-hard fiscally and socially conservative Republican. And unless you can somehow make the entire internet shut down forever, that view is here to stay, so you can go right ahead and fuck off. Case closed.