Ugh, Will The World Cup, School Shootings, The Pistorius Trial, The War In Iraq, And/Or This Heat Wave Ever End?! 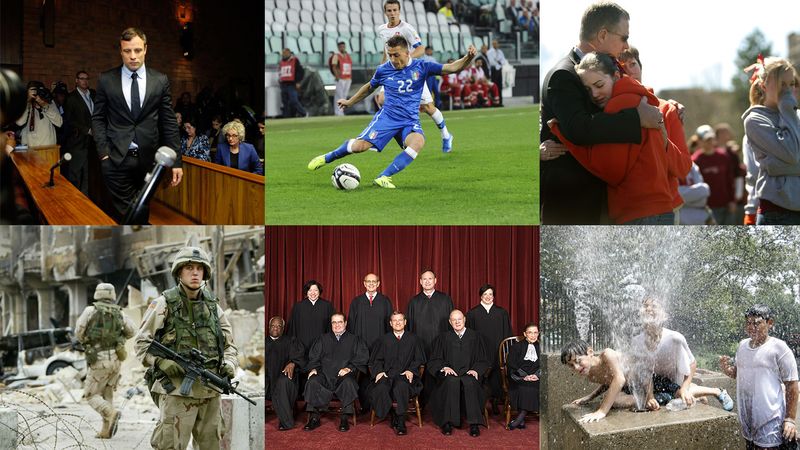 Look, I consider myself to be a tolerant person, but sometimes enough is just enough already, you know? I can give things a pass for some time, but even I have my breaking point. I know I can’t be the only one who’s sick and tired of hearing about the World Cup, school shootings, the Pistorius trial, the war in Iraq, and/or this heat wave!

I mean, come on! How many more soccer games, student massacres, judicial proceedings regarding Olympic sprint runner Oscar Pistorius’ role in the murder of his girlfriend Reeva Steenkamp, uprisings in Iraq, controversies over the Supreme Court’s Hobby Lobby ruling, and/or 100+ degree days can we honestly be expected to take?!

Eventually, something’s gotta give! The Pistorius trial, government bailouts, the Transformers franchise, drone strikes, the privatization of education, dependence on fossil fuels, and scorchers like the one we had yesterday can’t just go on forever, right?

You’d think by now, people would be tired of watching a couple guys kick a soccer ball around a field, or the Obama administration deport millions of immigrants, or ABC’s Wipeout. Come on people, enough is enough already!

How long can the situation in Syria, neoliberal reform, the Tour de France, racial profiling, free trade zone negotiations, campus shootings, the debt crisis, the Pistorius trial, and Israel’s occupation of Palestine really drag on for? Apparently, the answer to that question is “WAY TOO LONG,” because I’ve had just about all I can take of it and/or standardized testing, police brutality, Boko Haram, invasive TSA screenings, athletes using steroids, rape culture, Hal Holbrook, America’s infatuation with whatever the latest tech gadget is, hurricane season, the obesity epidemic, consciousness, junk mail, violence in Chicago, access journalism, The Simpsons, animal testing, umami, and these unbearably sweltering dog days that we’ve been having lately.