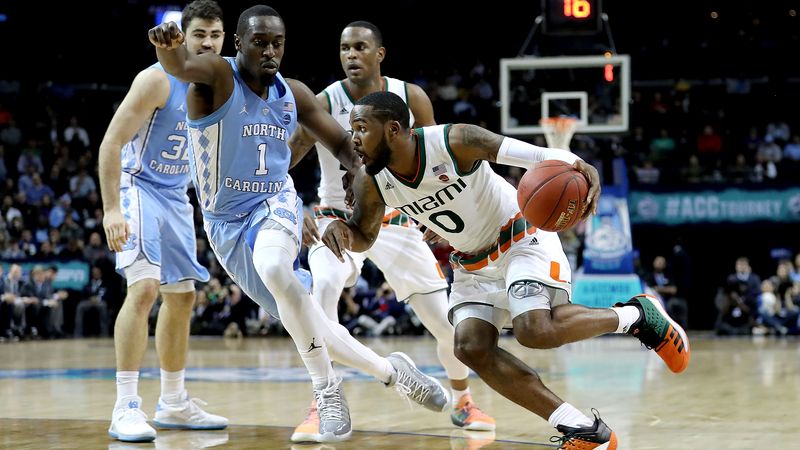 If you’ve filled out a March Madness bracket and have your next three weeks planned out to catch the maximum amount of basketball action, you’re just like millions of other Americans ready to watch the best college athletes duke it out. But as exciting as the tournament can be, there is a difficult ethical discussion that must be had before tip-off: It’s about time that we talk about paying college players for a few seconds so that our consciences let us enjoy March Madness.

The NCAA tournament is filled with high drama like Cinderella teams making deep runs and heart-stopping buzzer beaters, but if we don’t take 15 to 18 seconds before flipping on the TV to think about how wrong it is that players don’t see any of the hundreds of millions of dollars generated by March Madness, we are complicit in a broken system. We must have these tough conversations, and we need to make sure that they’re very quick and not too in-depth so we can get back to the 67 games of pulse-pounding hoops.

Who among us will stand up and make this superficial gesture?

Duke coach Mike Krzyzewski makes $8.89 million dollars a year while his players are prohibited from receiving any money or endorsements, so it is imperative to think about how unfair that is for a moment or two before going back to worshipping Coach K as one of the best the sport has ever seen. And if you’re finding that you’re running out of lip-service talking points to quickly mumble to your buddy before chugging a beer and yelling at a 19-year-old to protect the goddamn ball, maybe quickly mention how players get doubly screwed when they take money from agents or coaches they need to support their families, and then get punished for breaking an already broken rule.

The NCAA has a $19.6 billion-dollar contract with CBS and Turner. Let that number sink in momentarily before replacing it with Oklahoma freshman Trae Young’s 27.5 points per game.

The business interests profiting handsomely off of March Madness don’t want the public to know about the dark underbelly of college basketball, but we can’t stay silent anymore. It’s our duty to talk about this injustice very quickly to clear any mental roadblocks before getting revved up for the Final Four. We have to ask ourselves: Is this a moral way to treat student athletes? No, it isn’t.