Why Are Women’s Nipples Banned From Instagram, While Mine Are So Sensitive To Light? 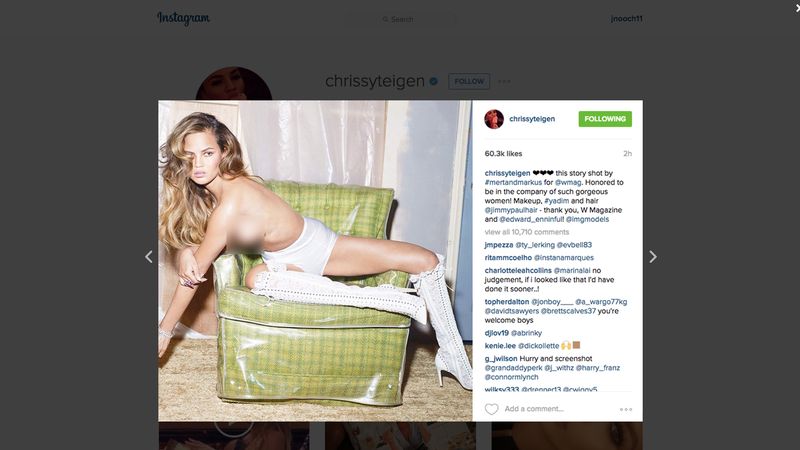 While a tremendous amount of social progress has been made in the past decade, there are a few things that make you wonder if we’re still living in the 1950s. One glaring example of such a backwards and offensive policy comes from social media giant Instagram, which strictly prohibits female nipples from being shown in pictures on the app. Why should women’s nipples be banned from Instagram, while my own nipples are so sensitive to light?

Imagine being a woman who shares a photo of your own body on your personal Instagram account and being told it’s so offensive that it’s not only been removed, but you’ve been banned from the app. Now imagine having to cover your nipples with UV-blocking cups—even when wearing a polo shirt—so they don’t begin to swell up when outside in direct sunlight. That’s just the world we’re living in today.

…women can’t post photos of their own nipples, and my nipples sting at the slightest glint of the pale moonlight!

Even superstars like Rihanna aren’t immune to Instagram’s outdated, sexist policy—her account was nearly removed after she posted a completely harmless photo that showed her exposed breasts. And while I’m certainly no celebrity, my nipples once started bleeding after enduring flashes from a strobe light at a dance club—even though I had protected them with a thick horsehide belt. This has to end.

Thankfully, women aren’t taking this offensive policy lying down. Hashtag campaigns and petitions have been organized in protest, and a feature film has even been made to raise awareness of the issue. Meanwhile, I’ve been learning to use a specially designed parasol to protect my tragic nipples, and they’ve been healing up nicely. While the situation certainly needs to improve, at least there’s hope for the future.

Someday, women’s nipples won’t be unfairly censored, and mine won’t be unusually sensitive to light. Until then, we will all just need to remain strong.