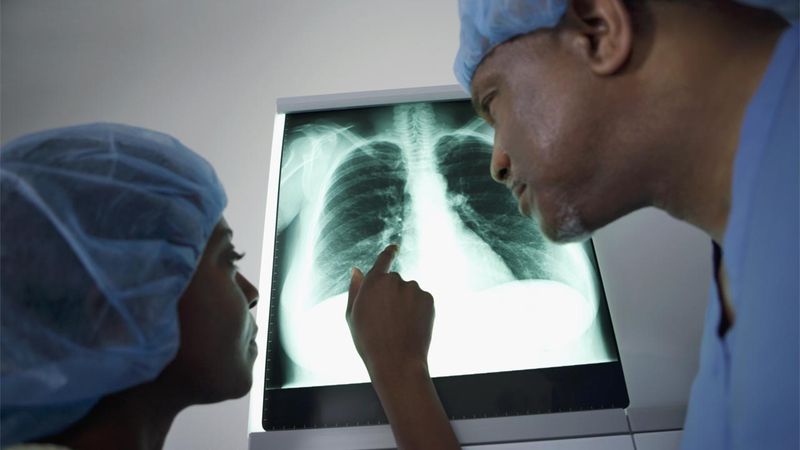 Several months ago, I decided to take ownership of my body. After a lifetime of futilely trying to live up to society’s standards for how one should look, I was tired of feeling like I wasn’t good enough. I realized that I was never going to find self-acceptance if I was using the opinions of others as a barometer for my own happiness. I needed to start living on my own terms.

It was a dramatic solution, but one that was necessary for me to truly be me. I tried to explain this to my family and friends, but they still weren’t as supportive about me getting my ribs taken out as I’d hoped. Even my doctor looked me square in the eye and said, “Taking out your ribs is a terrible idea, and you’ll need to find a different doctor to do it for you.” But I knew that if I ever wanted to truly be at peace with myself, I needed to have my ribcage surgically excised. It was the only way.

And sure enough, as soon as the procedure was finished, I felt like a new man. For the first time in my life, I could look in the mirror and not feel like I was somehow inferior. I could take my shirt off at the beach and not feel embarrassed, knowing I was no longer a slave to superficial ideals. The smooth shapelessness of my rib-free torso liberated me from the world’s unrealistic expectations, reminding me that I didn’t have to try to look like anyone else, because I was perfect just how I was. I was beautiful. I was me.

Even my doctor looked me square in the eye and said, “Taking out your ribs is a terrible idea, and you’ll need to find a different doctor to do it for you.”

But once the initial euphoria of not having ribs started to fade, I realized that living life this way presented its own set of unique challenges. For instance, the pain was so bad that I constantly felt like I was going to die. With nothing but skin and tender tissue left to shield my vital thoracic organs from harm, even the slightest nudge to my upper body would result in paralyzing, white-hot pain that would leave me weeping on the ground, pleading for death’s sweet release. At one point, I bumped my gallbladder while sidling up to a water fountain and proceeded to vomit blood for an hour. On another occasion, an errant Frisbee to the chest caused my heart to briefly shut down, and stable cardiac function has eluded me since.

But perhaps the most frustrating part of not having ribs was that it made my children cry with fear every time they looked at me. They were disturbed, it seemed, by the way their daddy would flop formlessly into the ol’ La-Z-Boy like a man-size condom full of gravy, his torso quivering and discolored by the damaged anatomy concealed beneath. That was hard to swallow, along with the fact that my wife no longer found me physically attractive nor mentally competent, and as a result elected to file for divorce.

While I tried to dismiss these inconveniences as mere hurdles on my path to self-acceptance, their sum total became too great to ignore, as all my loved ones had moved out of the house, leaving no one to help me stand up or voyage to the bathroom (neither of which I could accomplish solo without ribs).

Though I still believed that having my ribs taken out was a good idea, I realized that, in some ways, it was also kind of bad. So, I had my ribs put back in.

You might be wondering if, having gone through all this, I still have issues with body image and self-esteem. And the answer to that is yes—perhaps now more than ever, what with my grotesquely reconstructed torso. But I’ve come away having learned a lesson that can only be learned through great suffering and courage: that ribs are useful, and you should hang on to them if you can.