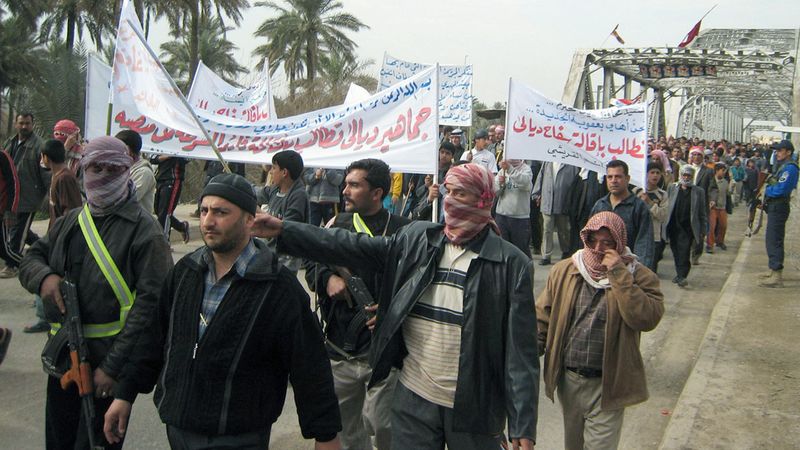 Iraq is a nation on the brink of collapse. As sectarian violence bleeds into all-out civil war, things have never been more dire for the Iraqi people. It’s a complicated situation, but the only course of action is clear: The Iraqi people need to take some time off to travel around the world and find themselves.

With the Syrian border essentially dissolved, and a corrupt and impotent government unable or unwilling to confront the threat of ISIS, there has never been a more critical time for the people of Iraq to request a hiatus from work, book the first reasonable flight they can find, and just try to get out of their own heads for a while. This is the perfect occasion for the entire nation of Iraq—all 32 million people—to explore the world and discover what they really want in life.

It’s about perspective. Sure, the ethnic and cultural differences between warring factions of the Iraqi people run deep—centuries deep, even. But you’ve got to admit that the distinction between Sunni and Shia would just seem to wash away if you found yourself standing under a naturally occurring waterfall in Peru.

But when the Iraqi people find themselves hand-feeding puffins off the coast of Chile, or drinking mulled wine around a bonfire beside an actual Scottish castle, will it still seem so “important” to pack their car full of explosives and detonate themselves at a police checkpoint?

The threat of radicalized, militant Islam is as real as it’s ever been. ISIS is a young, hungry organization, comprised of brutal, fundamentalist hardliners with nothing to lose. Day by day, they grow in wealth, number, and influence, with even Al-Qaeda distancing themselves from ISIS’ spiraling list of atrocities.

But when the Iraqi people find themselves hand-feeding puffins off the coast of Chile, or drinking mulled wine around a bonfire beside an actual Scottish castle, will it still seem so “important” to pack their car full of explosives and detonate themselves at a police checkpoint? It seems hard to imagine.

Perhaps the most vital thing to remember is that, while this conflict is rooted in the Middle East, we must consider it with a global mindset. The biggest mistake the Iraqi people could make is to adhere to a Euro-centric worldview when planning their journey of self-discovery. Sure, Paris may be home to the finest restaurants in the world, but the Iraqi people haven’t had REAL sushi until they’ve been to the Tsukiji fish market. Amsterdam is famous for being a party town, but why not get off the beaten path and seek out the thriving nightlife in Perth? Or Tel Aviv?

No one is saying that there are any easy answers for the people of Iraq. But between jobs, breakups, and mass beheadings, sometimes you just gotta say “screw it” and get the heck out of a situation. Do it for yourselves, Iraq. Just don’t forget to ask someone to feed the cat.