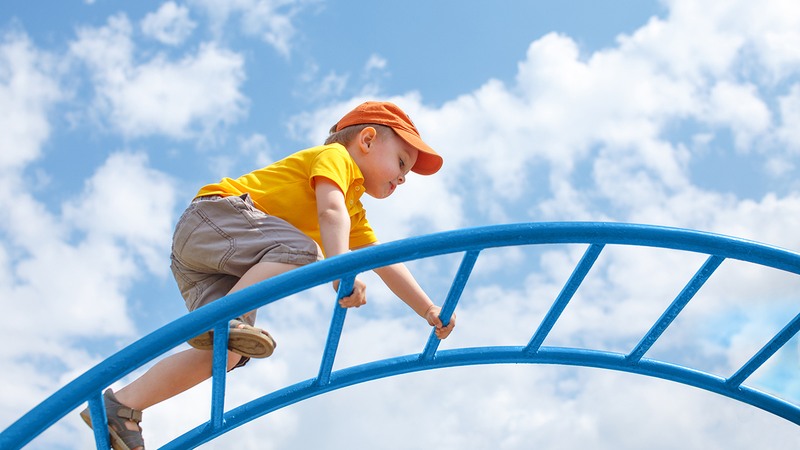 Raising a child is no easy task, and when it comes to children with developmental disabilities, parents face an additional set of challenges that others may not be fully aware of. Although educational resources give a glimpse into what life is like for parents of children with autism, they can only do so much: You’ll never fully understand what it’s like to have a child with autism until you see one at the park and then speculate about it with your spouse later that night.

You may think you know what it’s like, but you don’t. Until you’ve gone to a playground, seen a child with autism, and brought it up casually a few hours later, you have no idea what those parents go through.

As someone who has experienced this firsthand, I can say with certainty that the unique hardships and joys that these parents experience every day can only be understood once you’ve seen a child on the autism spectrum and then casually, between bites of food, brought it up to your spouse at dinner. It’s only through later commenting to your husband or wife, “That could’ve been us, huh?” over your second glass of wine that you can truly comprehend the day-to-day struggles that parents of children with autism go through.

It’s not easy, but from the moment you have that conversation with your spouse about the boy you saw in the park that day, you’ll never be the same.

The truth is, you can read every article in the world and still not know what it’s like to be a parent of a child with those kinds of special needs. Unless you’ve gone to the park, seen a child with autism, and then mused to your partner about which one of you would have to quit their job to become a full-time caretaker, or debated whether the medical bills would force you to take out a second mortgage, you simply can’t pretend to know others’ experiences.

I don’t expect anyone who hasn’t seen a child with autism at the park to get it, but please, do me a favor and don’t pretend that you know what it’s like.

The truth is, there are just so many things you assume you know, but until you’ve had that tough conversation, you don’t. Whether it’s having to twist teachers’ arms for accommodations at school, or the emotional strain it places on your marriage, you can’t possibly know how that feels like until you’ve sat down at the table and said, “If our kids were nonverbal like the girl at the park, we’d have to homeschool her, right?” or, “We’d probably get divorced, wouldn’t we?” Even reading this right now, there are still so many details that fall through the cracks.

It’s not easy, but from the moment you have that conversation with your spouse about the boy you saw in the park that day, you’ll never be the same. Only a select few parents will ever know what it’s like to have a quick, two- to three-minute conversation come to an abrupt end after everyone got too sad thinking about what would happen to him when he turned 18, and anyone who hasn’t should sit back and listen.

No parent would ever wish for anyone to have to speculate about that kind of thing, but until you and your spouse have downed half a bottle of wine each and fallen asleep on the couch mid-conversation about an autistic kid, you won’t understand. So until then, please don’t pretend to know everything, and just leave parenting to the experts.